In the USA some regions have more than one tax (State Tax, City Tax, Municipal tax for example). It is accepted practice to sum these taxes into one rate and display them on one line for online shoppers. However, some countries have more than one tax and require that each tax is explicitly separated for online shoppers. Canada, for example, has provinces that are not "harmonized" but instead charge both federal and provincial taxes. In these provinces taxes must be displayed and reported on separately.

There are 4 different location settings for Canada in Retail. 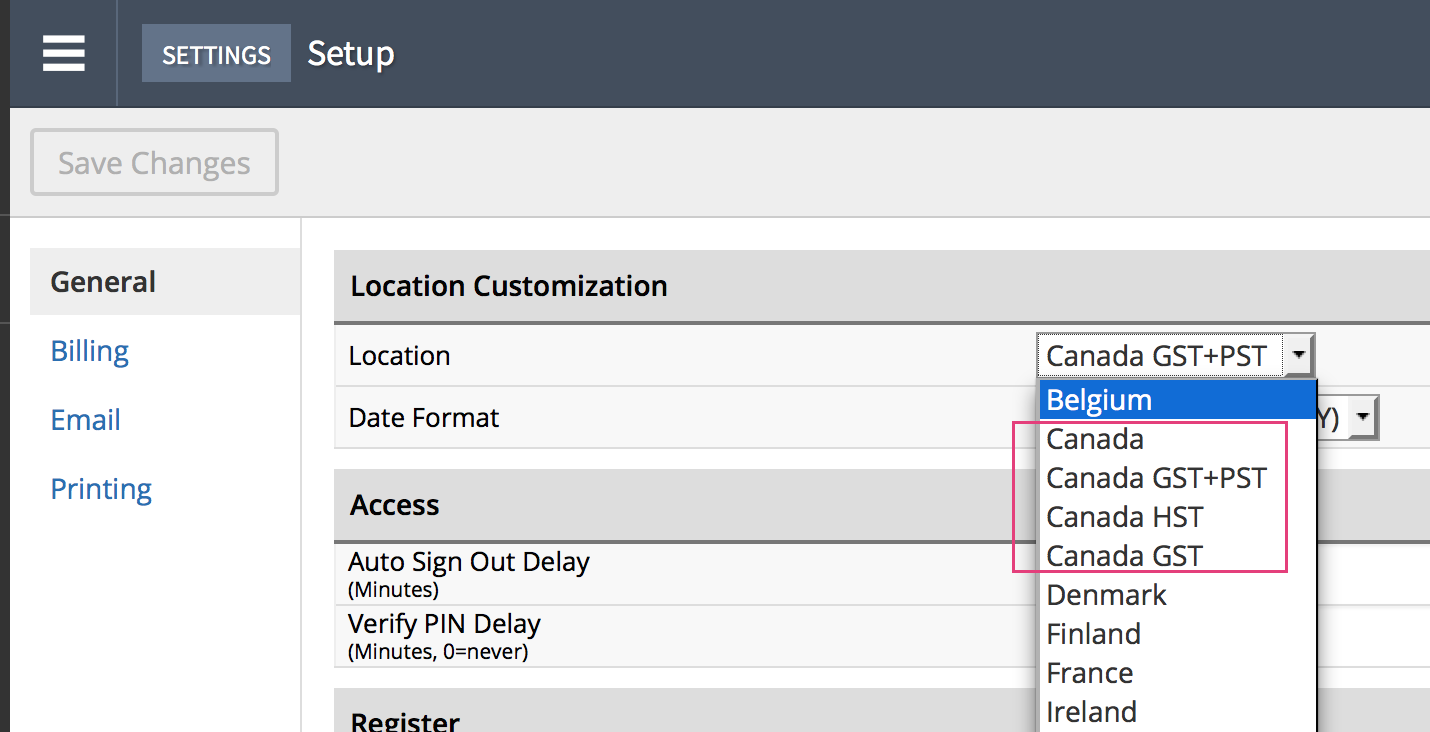 This location setting affects how taxes are presented in your Retail account.

For example: an Ontario merchant is naturally accustomed to charging HST on their in-store sales. Their Retail reports all have HST on them, one tax column. They then receives an order from the eCom store from a buyer in Quebec. This buyer is charged GST and PST. When this example order is downloaded, the GST tax from this sale appears in the HST columns in Retail's reports. A second Total Tax column is also displayed showing the total tax charged on the order (HST+PST). The PST tax total is determined by subtracting the HST column from the Total Tax column.

NOTE: The above example is for a merchant located in Ontario, your store may not use HST in which case you will use Total Tax - GST = PST.

Lighspeed has implemented a tax class naming convention for Canadian merchants to help you distinguish which tax was charged. When orders are downloaded, the tax class that is assigned to the sale is named in a way that makes it easier for you to recognize tax differences. For example, sales from Ontario will have a tax class called eCom HST (13%) and sales from British Columbia will have the tax class called eCom GST PST (12%).